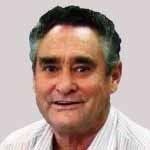 My full name is Leonard Hend and often called Lenny Hend.
lived in Maroubra for a few years than moved to Parramatta where I attended Arthur Phillip Primary school and went on to Macquarie Boys High and finished half way through fourth year.
Mum, of English descent, was an artist and professional dancer.
Her stepfather, Jack Ricketts was an English born scenic artist for the live theaters.
My father was a bushman, a boxer, a fencing contractor and later a dancer.
His parents were of Chinese and Scottish descent with an unknown entity on both sides of his parents family, possibly Aboriginal.
Therefore, painting, dancing, bush craft and boxing were part of my upbringing.
In 1963 I bought a small farm at Londonderry on the outskirts of Sydney where I built a race horse training complex. Meanwhile I worked both as a fencing contractor in the early mornings and a detail draftsman during the day.
My detailed drafting job involved the design and drawing of hydraulic components for power stations and other large engineering projects.
The work required accurate and unambiguous instructions for the manufacturing of the components and I feel that this work helped with my ability to give clear instructions when teaching painting.
The company I worked for was McNamee Industries, Hope Street Ermington, NSW. 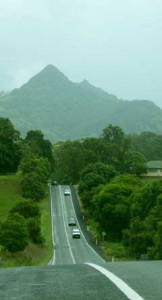 In 1976 I opened an artist supply business in Penrith west of Sydney and started teaching and refining my painting techniques.
In 1979 I started writing a how-to-paint book which was soon converted to video.
Those first 6 lessons are still available today in the updated and new 70 video collection.
Not enjoying city, life I dropped out, bought a property at Mullumbimby northern NSW then toured Australia for the next 20 years, while living in a converted school bus.
I painted thousands of pictures while demonstrating my techniques and selling tutorial videos. Being allergic to perfume, I shied away from galleries and art institutions preferring to please the general public with my colorful landscapes and deft manipulation of the brush.
While mostly painting in oils or acrylics I often resorted to using house paint on murals which were up to one hundred foot long. I have now retired and spend my days at Mullumbimby or in Chiang Mai, Thailand.
I now have the time for filming and refining my new series of tutorial videos.
I have four sons and a daughter. http://susanhend.com/
My son Daniel is also an artist http://www.danielhend.com/