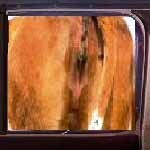 About taking my kids to the beach
It was good to get going early on a Sunday mornings, down to Torakina beach with my three kids. I’d strap them in the back seat, they’d be half asleep. We’d take towels, a carton of milk, a packet of corn flakes, and a spoon and bowl, and off we’d go.
One particular morning they wouldn’t stop fighting. The littlest was three the others five and seven. They were going on about who owned something that was laying on the floor of the car but they were all strapped in and no one could reach it.
I decided to take the dirt road, then I could sing louder.
About three-quarters of the way along there was a herd of cows all over the road, the kids were still fighting with there heads down. There was one big old cow who was not going to move for me, so I inched the car up behind her so her rear end was right in the open back window. Then I yelled HEY BOYS LOOK.

I can still hear the shriek. Inches from their faces was something that had always fascinated them, a cow’s bum, complete with accessories.
Whatever was on the floor of the car never got another mention.
Twenty years have passed, the children have grown, but the Saddle road Mullumbimby is still affectionately known to us as Cow Bum road.