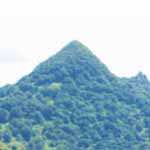 Scroll Down for Images.

In 1982 I bought my land.
The land is 5 acres at the foot of Mount Chincogan.
There are several other private properties between my place and the mountains top.
Often I saw locals walking through my land and up the mountain.
I was pleased to have something which I could share and maybe one day I would become one of them.
After a few years I was asked to open it up for tourism I said no.
The reason being – I had been in Fremantle WA before and during the Americas Cup.
I had seen the complete disrespect shown to the local residents, they were treated like rubbish while the new breed of people moved in and took over.
An example was the local greengrocer who had been there for generations, had his rent increased from $75 a week to $750 a week.
He moved out and was replaced by a business that had the windows blanked out and nobody knew what went on in there.
I saw the signs painted in large letters across buildings in Fremantle, GIVE US BACK OUR COMMUNITY, and I did not want this happening in Mullumbimby.
I kept telling people to leave things as they have always been, ‘word of mouth’, let the locals use the mountain, not money makers who don’t even live here.
But some people were determined to throw the town to the tourist mongers at all costs.
………….
I went away for a few months and when I came back I saw a bus load of tourists on my land.
Then I discovered advertising and newspaper articles telling people to walk through my land, one was an official tourist guide, distributed by the Byron Shire Council.
The official guide told everyone to go up the mountain at the brown gates and letterbox with Len Hend written on it.
I immediately removed my name and painted everything green. Then drove all over the shire giving warnings of lawsuit to all who were distributing the tourist guide.
I contacted the ombudsman and a solicitor but they did nothing to stop the trespassing.
After complaining to council and the local newspaper, I noticed more cosmic wanker letters to the editor and more strangers coming onto my land.
Someone started yelling abuse at me from the street and that gave me an idea.
………..
I decided to solve the problem in a way shown to me by my dad. He was a real Australian bushman and had been a prize fighter with a traveling show.
……….
First I got into a fight with the guy that had been advertising my land as a tourist walk, and let him knock me around a bit.
Then I biffed a few people, taking out the biggest one first and turning up a table at a do gooders, let’s split the government grant money meeting.
And to put icing the on cake my car did a few wheelies around town and then started ramming backwards into their parked cars while all the time me yelling so and so gives oral sex to little boys.
Someone called the local police but he was in the RSL and reluctant to go get me, so the guy came from Brunswick and arrested me.
Nobody got hurt, just a few guilty persons shit themselves, oh – a guy got his foot crushed when I dropped the table.
……….
Got charged with 3 assaults, 4 malicious injury to motor vehicles, abusive language, low range drink driving, drive unregistered, drive uninsured and dangerous driving plus other stuff.
Ended up with 19 charges against me, most of them were for not appearing in court for which warrants were issued but the magistrate didn’t sign them.
Warrants issued for arrest the headlines read. lol
So for the next couple of days I was free to drive around town in my Holden Kingswood with the back so smashed in that it looked like a Rambler.
The police were busy doing their paperwork and taking messages from faeries about spotting me driving around and not under arrest.
Finally appeared in court.
Most charges were dismissed.
Was found guilty sent to prison until the rising of the court on 3 occasions, everybody in the room stood up and sat down and I was free to go home.
Was also fined $1 for yelling filthy abuse at a newspaper owner.
My driver license was cancelled until the rising of the court.
I got a new one at the police station next day.
In town the local fellows who had never introduced themselves lined up to shake my hand, the ladies were still in shock.
The trespassing of strangers on my land stopped immediately.
I am sad and glad because now the town is full of strangers.
…………
Young man – please don’t try this, you need 40 years of training, somebody did and found themselves in prison.
They say laughter keeps you young, i’m getting old now and I must be careful.
Every time I think about this, I piss myself.